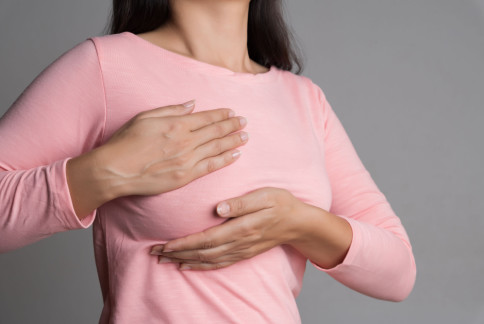 In most cases, cancers are hereditary and associated with the carriage of mutations in certain genes obtained from one of the parents.

One of the effective approaches to early detection of breast and ovarian cancer is molecular genetic determination of their hereditary forms. This study allows to confirm the presence of hereditary predisposition to the development of cancer and to form groups of increased risk of development for pathogenetically based prevention and / or early diagnosis of the disease at the initial stage of development.

What are BRCA1 and BRCA2 genes?

It is known that the majority of hereditary forms of breast cancer are associated with genes BRCA1 and BRCA2. These genes are responsible for the regulation of the processes of genetic material (DNA) restoration and prevent possible tumor transformation of cells. However, the presence of defects and mutations in these genes significantly increases the risk of developing breast and ovarian cancer.

How is BRCA1 and BRCA2 mutation tested?

The analysis consists in taking small amount of blood from vein or sampling the buccal epithelium. No special preparation is required for the study.

What if the test for mutations in BRCA1 and BRCA2 genes is positive?

A positive result indicates that you have inherited a defect in BRCA1 and BRCA2 genes and have predisposition to the development of certain types of cancer (breast, ovarian, prostate (in men), intestines, larynx, etc.). The analysis indicates only likelihood of cancer and does not mean that all blood relatives will have a genetic defect. If mutations in BRCA1 and BRCA2 genes are found in women, the risk of developing breast and / or ovarian cancer is 50 to 90%.

A positive test result is important information that allows you to take preventive measures as soon as possible and reduce likelihood of developing cancer.

And if the test for mutations in BRCA1 and BRCA2 genes is negative?

Person is already born with a BRCA1 or BRCA2 gene mutation, it is impossible to change this fact;
Not all carriers of this gene will develop cancer;
Changed gene can be inherited from both mother and father;
Probability of passing on the altered BRCA gene to children is 50%;
Gene is passed down from generation to generation.

Why do you need BRCA1 and BRCA2 mutation test?

This test will help you find out if you have inherited genetic mutation that increases your risk of developing breast and / or ovarian cancer.

Detection of a genetic defect in clinically healthy women allows for timely diagnosis and prevention of the development of breast and / or ovarian cancer. For patients who have already developed a tumor, the detection of mutations in BRCA1 and BRCA2 genes allows determining its hereditary nature and choosing the right treatment.

How can you suspect hereditary form of breast cancer?

It is more likely that you have hereditary predisposition to breast cancer if:

It is recommended to take blood sample in the morning, from 8 to 11 o'clock, on an empty stomach (at least 8 hours should pass between the last meal and blood sampling, you can drink water as usual).

For 1-2 hours before taking blood sample, do not somke, do not drink juice, tea, coffee, you can drink non-carbonated water. Eliminate physical stress (running, fast climbing stairs), emotional excitement. It is recommended to rest and calm down 15 minutes before giving blood sample.

Do not do the test immediately after physiotherapy procedures, instrumental examination, X-ray and ultrasound studies, massage and other medical procedures.