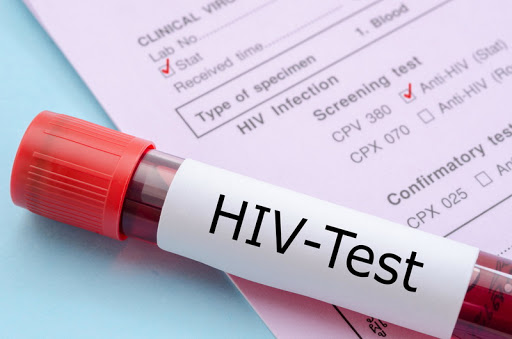 In 1981, in the United States, when collecting data on registered diseases, a large number of rare diseases were discovered, the development of which was usually associated with decrease in immunity. This unusual decrease in the body's defenses has been called "acquired immune deficiency syndrome."

The reason for the decrease in immunity could not be determined for a long time, but in 1985 a virus was detected, infection with which after a few years leads to the development of AIDS. Since the first AIDS patients in the United States were registered in 1978, simple calculations suggest that the HIV epidemic began there in the early 1970s. Most researchers believe that HIV in its modern form appeared on the planet no more than 100 years ago. And to spread it helped the "sexual revolution", which swept the Western countries in the late 60s, early 70s.

HIV is abbreviated as “human immunodeficiency virus”. Viruses are tiny living parasitic organisms that can reproduce only inside the cells of other organisms. Viruses are not visible under an optical microscope, they can only be seen under a special electron microscope.

Every living organism is made up of many different cells. Each virus is adapted to live only in certain types of cells of certain animals or plants. HIV is adapted to life only in human cells, on the surface of which there is a special protein molecule denoted by the scientific code CD4. Having joined CD4 cell, HIV inserts its genes into the cell, as a result of which the cell begins to produce new viruses, and then itself dies. Cells that carry CD4 molecule are involved in the defense system of the human body against other viruses and microorganisms, as well as tumors. This whole complex defense system of the body is called immunity. A decrease in the number of CD4 cells leads to a decrease in immunity. In other words, HIV is a virus that selectively causes the failure of the human body's defense system by destroying CD4 cells.

What is HIV Infection?

The disease caused by HIV is called HIV infection. HIV infection begins from the moment of infection (infection) with HIV and continues for many years, until the death of a person. A few weeks after infection, the infected person has a fever, enlarged lymph nodes, there may be an unpleasant sensation in the throat, pain when swallowing, red spots on the skin of the body, diarrhea. But these initial signs of the disease (symptoms) quickly disappear, and often they do not exist at all. Although the virus then persists in CD4 cells, its presence is manifested only by an enlargement of several lymph nodes - on the back of the neck, above the collarbone, (lymph nodes on the front of the neck, armpits, groin may also be enlarged, but their enlargement can often be associated with with other diseases). After a few years, HIV reduces the number of CD4 cells, deficiency of immunity develops, and a person infected with HIV develops diseases that in healthy people quickly go away or are easily cured. In people infected with HIV with reduced immunity, such diseases do not go away on their own, and over time they become more difficult and more dangerous, because HIV kills some of the body's defenders. First, the skin, inner surfaces of the mouth and genitals are affected. As the number of CD4 cells further decreases and immunity decreases, diseases of the internal organs develop, gradually leading to death. This late stage of HIV infection is called acquired immunodeficiency syndrome, AIDS.

When doctors in the United States for the first time in 1981 detected patients with an unknown disease with damage to internal organs, they did not yet know that the cause of the disease was a virus. Previously healthy young men suddenly began to develop diseases that were previously found in newborn premature babies and or from the birth of sick children (“congenital immunity deficiency”, “congenital immunodeficiency”). Doctors found that in these young people, the decrease in immunity, "immune deficiency", was not congenital, but was "acquired" in adulthood. Therefore, the disease in the first years after its detection began to be called AIDS - acquired immune deficiency syndrome. It was only years later that it became clear that AIDS is only a late stage of HIV infection, when people infected with HIV develop serious injuries that threaten death.

How Long Does It Take for HIV to Progress to AIDS?

If you do not use modern methods of treatment, then within 10 years after HIV infection, AIDS develops in 50% of those infected, within 20 years - in 95%, only 5% have been living with HIV for more than 20 years. Such people are carefully studied in order to discover the reason for their "survival" and find a way to treat HIV infection.

How is HIV Infection Different From Other Infectious Diseases?

A person infected with measles or flu virus only occasionally dies, but more often - they recover and after recovery are completely freed from the virus, for some time they develop immunity to the virus of the previous disease. HIV infection differs in that once a person infected with HIV is never freed from HIV, and after years dies from its effects (if they do not die earlier from another cause).

What is an HIV carrier?

All people infected with HIV, or HIV-infected persons, without obvious signs of the disease are sometimes called "carriers of HIV", virus carriers. This expression is not entirely successful, since patients with severe forms of the disease also "carry" HIV in their bodies. In addition, many carriers have hidden signs of the disease. Any "HIV carrier" is actually sick, but his body is still resisting HIV.

How Does HIV Infection Lead to AIDS?

Conventional treatment has a short-term effect, instead of one disease, another develops. AIDS patient rarely lives more than 1 year without the use of modern treatment (antiretroviral therapy)

Can Any Decrease in Immunity be Called AIDS?

No, AIDS is called only serious damage to the body caused by the selective effect of HIV on the immune system. The changes in immunity caused by HIV are very specific, and from other causes are very rare. Therefore, HIV can be called  "AIDS virus" and the disease is often called "HIV / AIDS". It is known that many chemicals or radiation can cause immune deficiencies similar to AIDS caused by HIV, but this immune deficiency is not called "AIDS."

Many people have a fever, often sore throat, a patchy rash, and sometimes a stool disorder 1-4 months after HIV infection. Doctors can detect enlarged lymph nodes, spleen. These symptoms disappear quickly and may not be present at all. Most often, after HIV infection for many years, only increase in lymph nodes is always found in several different places. Especially suspicious is the prolonged enlargement of the lymph nodes on the back of the neck, in the fossa above the collarbone. In this case, several nodes are always enlarged, located in different places.