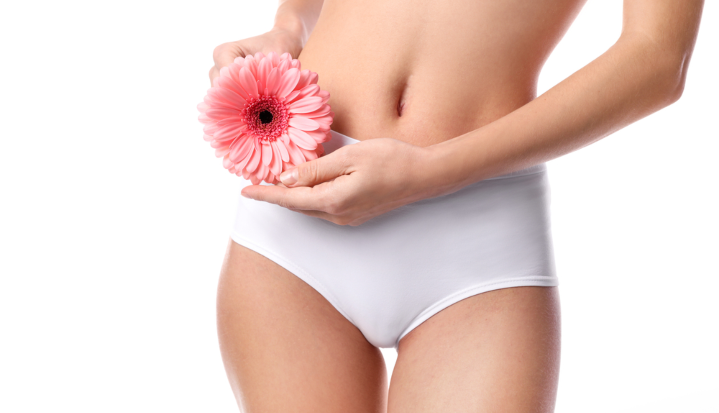 Labiaplasty is a plastic surgery operation to restore the correct shape of the labia and surrounding tissues of the vulva.

Both techniques for correcting the labia have their own advantages. The laser ensures precise incision, complete sterility and fast healing. Surgical operation minimizes the consequences, allows you to achieve maximum results and leaves no visible scars of surgery. The labia are neat, symmetrical and 100% natural in appearance.

The procedure ıs done when there is:

It is recommended to carry out plastic surgery of the labia minora two weeks after the end of menstruation. Before the operation, it is necessary to undergo examinations by a gynecologist and take tests. Plasty of the labia minora is usually performed under local anesthesia. This is a safe and fast one-day operation that takes no more than one and a half hours. Depending on the individual labiaplasty plan, incisions are made along the outlined lines and excess tissue is removed, linearly or V-shaped. The results are fixed by intradermal cosmetic sutures, which dissolve on their own after a while. The operation leaves practically no scars, guaranteeing the maximum aesthetic effect with complete safety and painlessness.

One to two days after plastic surgery of the labia minora, you can return to your normal life. Puffiness and possible painful sensations after surgery disappear within 7-10 days. The rehabilitation period is no more than 2-3 weeks, during which one should avoid sexual intercourse, exclude increased physical activity, thermal procedures and a visit to pool. Two to three months after the operation, it will be possible to evaluate the final results of the labiaplasty performed.

Plastic surgery of the labia minora, like all other operations, is performed according to an individual plan. Together with a surgeon, you will determine the nature of the correction of the labia minora, so that the labiaplasty results fully meet your wishes. Labiaplasty does not take much time, but it allows you to get rid of delicate problems forever.

How the procedure is done?

The operation is performed under local anesthesia; general anesthesia is also possible. The duration of the procedure is about 40-50 minutes.
More often, the manipulation consists in reducing the labia by cutting off excess tissue.
Sometimes patients decide to enlarge the labia minora, in which case gel is injected into the labia.

With excess volume of the labia majora, liposuction (fat removal) is used.
With deformation of the labia majora, excess skin is excised. All sutures in labiaplasty are absorbed after surgery.
Usually the operation is performed under local anesthesia and the patient can return home the same day. With general anesthesia, you will have to stay in the clinic for a day.

Before labioplasty, a complex of studies should be carried out. The studies includes:

general analysis of blood and urine;
blood for HIV;
analysis for hepatitis B and C;
smear on flora.

Immediately after the operation, a course of antibiotic therapy is prescribed.
In the first days, slight swelling, pain during movement and minor hemorrhages are possible. Avoid wearing tight underwear, long sitting and strenuous physical activity.
It is better to avoid alcohol and thermal procedures.

The incision will heal completely, usually after 4 weeks.
Scars are almost invisible.
The final appearance of the labia is taken in 2.5-3 months.

Complications are edema and hematomas, as well as a feeling of minor discomfort. You can reduce the risk of complications by strictly adhering to all recommendations.

Labioplasty has no effect on labor. Sex is possible after 6 weeks (in the absence of complications).