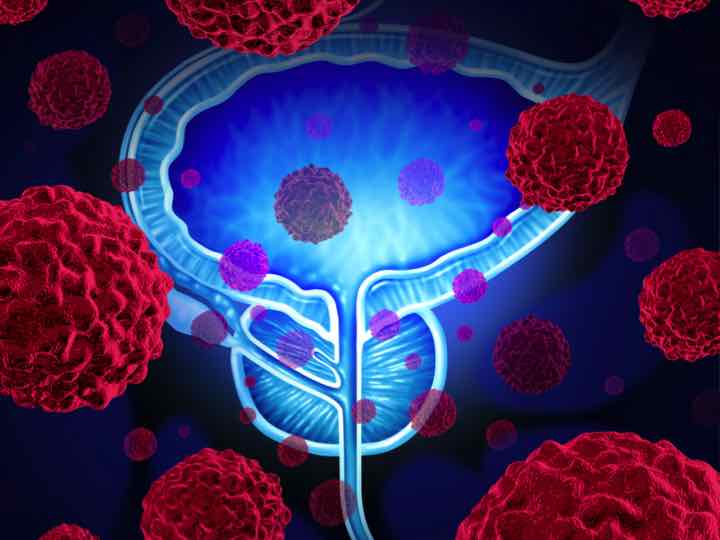 Radical prostatectomy remains the main surgical method for treating patients with localized and locally advanced forms of prostate cancer. Radical surgery involves the removal of the entire prostate, seminal vesicles, prostatic urethra and bladder neck. Mandatory is the performance of pelvic lymphadenectomy with an urgent histological examination. The latter involves the removal of external and internal iliac and obturator lymph nodes from bifurcation of the common iliac artery to the obturator foramen. A more favorable prognosis after surgical treatment is for patients with highly differentiated tumors, when the Gleason sum does not exceed 2–4. Nerve-sparing radical prostatectomy in most cases allows preserving potency. However, after a nerve-sparing radical prostatectomy, relapses of the disease are more often observed, therefore, indications for this operation are limited. The main criterion for performing nerve-saving prostatectomy is the presence of normal sexual function in a man before the start of all types of treatment for prostate cancer. For patients with low-grade tumors, lesions of the apex of the prostate and intraoperatively palpable tumor, nerve-sparing radical prostatectomy is not indicated.

The causes of prostate cancer are not exactly identified. However, information on a number of provoking factors is recognized as reliable.

Age factor: With aging, hormonal changes occur in the body. In a man, testosterone production is gradually reduced. Because of this, prostate carcinoma develops.
Heredity:  If even a distant relative once had cancer in the prostate, the man immediately falls into the risk group. The likelihood of developing this pathology increases at least twice and it appears at an earlier age, between 50 and 60 years.
Bad habits: drinking alcohol, nicotine, drugs. The substances contained in them have a mutagenic effect on the body and provoke malignant changes in the tissues.
Unhealthy diet: excess meat and animal fats in  diet due to a lack of pectin and fiber foods. Fatty foods inhibit the absorption of vitamin A, which protects the body from cancer. Fiber pectin prevents tumor growth and metastasis. Their deficiency greatly weakens the body's ability to resist malignant tissues.
Negative external influences: high level of radiation, an excess of ultraviolet radiation, ingestion of toxins during work in hazardous industries, and an environmentally unfavorable locality of residence.
Vitamin D deficiency or inadequate assimilation of the body.

The list of causes of prostate cancer also includes obesity and diabetes. They cause hormonal imbalance and provide suitable conditions for the formation of malignant neoplasms.

Symptoms of prostate cancer and the treatment of pathology depend on what stage of development are the degenerated tissues. The primary signs are implicit, smooth and may indicate different disorders of the body. However, they are definitely worth paying attention to.

Frequent use of the toilet for "little need." For the night, patient for this purpose gets up at least two times. In the afternoon he visits the bathroom every hour, or even more often - the fluid from the bubble is not completely removed. In this connection, there remains a feeling of overcrowding, and there is another intention to visit toilet.
Urination is difficult. A man has to strain the muscles of the peritoneum to empty the bladder.
Urine leaves the body in a very thin, sometimes intermittent stream.
Urination is often uncomfortable. In some cases, it is accompanied by a painful syndrome.
However, patients often ignore them, not suspecting prostate cancer: the symptoms resemble the course of many diseases of the genitourinary system. They should not be run either. But men often think that they are “cold” and are in no hurry to see a doctor.

At later stages, additional symptoms of prostate cancer are added to these symptoms. The prognosis of treatment at the same time significantly worsens, but remains relatively favorable. Side effects include:

Nausea, possibly vomiting. Often these symptoms are accompanied by constipation;
Confused consciousness. Both signs are the result of poisoning of the body by the waste products of cancer cells;
Bone fragility - due to the development of a malignant tumor, calcium is washed out of bone tissue. At this stage, spontaneous fractures are often observed, which is impossible with normal bone strength;
Swelling of the tissues, primarily on the limbs, then in the inguinal region. Often, edema affects only one side of the body.

Dyspnea.
Pain in the sternum.
Cough with blood clots (metastases provoke changes in the respiratory system and the development of pleurisy).
Genital and back pain: cancer cells invade the spinal cord and squeeze the spinal column.
Weakening of muscle tissue.
Development of enuresis.

At the terminal stage, the most severe symptoms and signs of prostate cancer appear. The treatment and prognosis of the results are disappointing. The patient experiences difficulties with movement, loses weight, has a cognitive impairment. Metastases affect the whole body and complications take on a character incompatible with patient's life.

To detect carcinoma, a comprehensive examination is required. It includes the following procedures.

Blood test for PSA tumor marker. If result is high, most likely, the body is forming a malignant tumor of the prostate gland.,

Rectal examination aimed at examining the condition of the prostate gland.

Ultrasound first of all, abdominal ultrasound is performed. If there is reason for suspicion of cancer, a transrectal ultrasound is prescribed. During this procedure, a specific device is inserted into the rectum, transmitting data to the monitor.