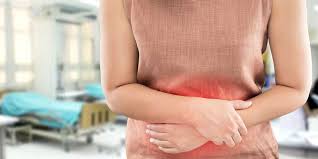 Stomach cancer is one of the most dangerous and common oncological diseases, which ranks three times in the structure of mortality from tumors.

Most often, cancer develops in middle-aged and older males. However, the absence of risk factors does not guarantee that you will not get stomach cancer. Conversely, in the presence of risks, the disease may not occur.

Symptoms of stomach cancer in the early stages are rather poor and similar to gastritis and other non-neoplastic diseases of the gastrointestinal tract. When the tumor spreads, there may be:

The key role in the diagnosis of gastric cancer belongs to endoscopic methods, in particular, fibrogastroduodenoscopy, during which a thin flexible probe is inserted into the stomach cavity, which allows doctors to visually assess the state of the gastric mucosa, as well as conduct a biopsy of suspicious area for subsequent histological examination. In addition to standard gastroduodenoscopy, endoscopic ultrasound is also used in the diagnosis of cancer.

In some cases, stomach tumor can be detected with abdominal ultrasound, CT, or MRI. In addition, these methods can be used in the late stages of gastric cancer in order to detect distant metastases. If necessary, CT-guided biopsy of the areas of spread of gastric cancer metastases can be performed.

X-rays of the lungs are also used, as well as PET CT and laparoscopy to detect metastases in the abdominal cavity. Laparoscopy is most often used to assess the extent of the tumor before surgery.

Stomach cancer treatment can include all methods available in modern oncology. These are surgery, radiation therapy, chemotherapy, targeted therapy, and immune therapy. Most often today, a combination of several methods of treatment is used for stomach cancer.

Surgery is the main treatment for stomach cancer. It can be part of the treatment or the only method, especially in the early stages of cancer. Depending on the stage of the cancer, the extent of the tumor and its size, the scope of the operation can vary from resection of a part of the stomach to complete removal of the stomach with the capture of the surrounding tissues. Even in the very last stages of stomach tumor, surgical intervention can be used to prevent tumor bleeding or obstruction of the gastrointestinal tract. This is the so-called. palliative interventions, the purpose of which is not to cure, but to alleviate patient's condition.

In the earliest stages of gastric cancer, minimally invasive organ-preserving surgical interventions are acceptable, such as endoscopic mucous or submucosal resection, when tumor is small, does not grow into the muscle layer of the stomach wall and there are no regional metastases.

Subtotal gastrectomy - removal of part of the stomach when tumor affects only the upper or only the lower stomach. In this case, part of the esophagus or the initial section of the small intestine can also be removed. Sometimes during the operation, the regional lymph nodes, part of the omentum, and in some cases the spleen are also removed.

This type of surgery is used for advanced gastric cancer, when, according to oncological principles, a smaller resection volume cannot be performed.

During the operation, the tumor-affected stomach, the greater omentum, the tissue of the lesser omentum and regional lymph nodes of the 1st to 3rd order are completely removed.

When performing the reconstructive stage of the operation, techniques that minimize the risk of developing post-gastro-resection syndromes are used and the fastest possible adaptation of the digestive system in the postoperative period is ensured.

Gastrectomy is performed for cancer of the body of the stomach or its upper third, as well as for tumors that spread to most of the organ.

Surgeon makes the final decision on the possibility of radical removal of the stomach tumor and on the scope of the operation only in the process of the intervention itself, when the limits of spread and the nature of tumor growth (exophytic, endophytic), the presence of metastases in lymph nodes are specified. Every surgeon operating on the stomach for malignant tumors should always be ready for Gastrectomy.

Of great practical importance is the question of indications for the so-called combined Gastrectomy, when, together with the stomach, the organ to which the tumor passes (transverse colon, spleen, pancreas, liver) is partially or completely removed. The solution to this issue depends on the data of the clinical and X-ray examination, as well as on the operational findings. Experience shows that combined operations are justified only in cases where the spread of stomach tumor into adjacent organs is limited or there is a limited increase in lymph nodes, for example, at the gate of the spleen. Such operations become unpromising in case of multiple metastases.

It consist of contraindications of oncological nature (tumor spread to nearby organs, metastasis outside the regional lymph, basins, distant metastases) and general contraindications (high degree of operational risk in adult patients with concomitant diseases).

Preoperative preparation should be carried out taking into account the specific features identified as a result of clinical research, and be limited, if possible, as short as possible (7-10 days). The question of rational preoperative preparation should be decided by surgeon together with anesthesiologist, therapist and other specialists. The main elements of preoperative preparation are aimed at restoring the disturbed biol, balance and homeostasis correction: good nutrition, providing energy, nitrogen and vitamin balance; replacement of water and electrolyte deficiencies by intravenous fluid infusions; correction of circulating blood volume violation by transfusion of blood, erythrocyte mass, protein blood substitutes; treatment of disorders of the cardiovascular system; normalization of disturbances in the function of external respiration (breathing exercises, sanitation of the respiratory tract). Antibiotics in the preoperative period are prescribed according to special indications (tumor growth into the transverse colon, concomitant inflammatory lung diseases).

Treatment after surgery should be based on the principles of individualization. Main measures: 1) adequate postoperative anesthesia, which ensures the prevention of pain shock, sufficient pulmonary ventilation and restoration of normal body functions (pain relievers, long-term epidural anesthesia, treating anesthesia); 2) treatment of respiratory failure and prevention of pulmonary complications (oxygen therapy, breathing exercises, drugs that improve the drainage of the bronchial tree, antibiotics and sulfonamides); 3) prevention and treatment of cardiovascular disorders (cardiac glycosides, aminophylline, if indicated - glucocorticoids); 4) prevention of thromboembolic complications (early physical activity of patient. Exercise and massage, prescription of anticoagulants under  control of coagulogram); 5) correction of water-electrolyte disturbances and full parenteral nutrition.

Eating of patients through the mouth usually begins from the 5th day after Gastrectomy, and on the first day water or tea is allowed, on the following days liquid food (jelly, juices, raw eggs, butter, broth, liquid porridge, etc.); food fractional, in small portions up to 6 times a day.

Postoperative complications: insufficiency of esophageal-intestinal sutures from the mouth (the most common complication), pneumonia, pulmonary embolism.